Interview with Debora Diniz on Women's Health and Rights in Brazil 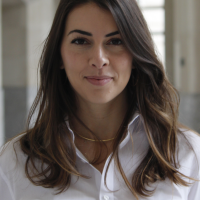 Debora Diniz is an anthropologist by training, working on advancing women’s health and rights. Diniz is the deputy director of International Planned Parenthood Federation, Western Hemisphere Region (IPPF/WHR) and the founder of Brazilian feminist NGO Anis – Institute of Bioethics. She is a visiting professor at the Center for Latin American and Caribbean Studies (CLACS) at Brown University. As a documentarian, her nine films received more than fifty prizes, and eight of them are available free of charge on Youtube. One of her documentary films regarding abortion rights was the first film to ever be screened at a Brazilian Supreme Court public hearing. Diniz has strong research, strategic litigation and advocacy experience on issues such as sexual and reproductive health and rights, mental health, disability, criminal justice and prison systems.

Could you tell us a bit about your work as a woman anthropologist, law professor, and researcher, and why have you chosen to focus on the issue of abortion and gender-based violence in Brazil?

Whether as an anthropologist, a professor or a human rights activist, I see myself as a listener: I like talking to people, listening to their stories, understanding their needs and the injustices they face. From there on, I use my expertise and my privilege to get more attention toward the issues through reliable evidence, legal thesis, sensitive messaging, audiovisual storytelling and documentary films, in as many different languages and formats as I can learn how to use. That is how I arrived at issues such as abortion and gender-based violence, but also disability rights, the Zika virus public health crisis, the criminal justice, and the juvenile justice systems, among others. I'm always listening for people who knock on my door with stories to tell.

The #MeToo movement has become a worldwide phenomenon. In the U.S, we see a culture shift - it is becoming impossible to ignore women’s experiences. Do you think this is also happening in Brazil?

Yes. On September 2018, the streets of hundreds of Brazilian cities were taken by the #NotHim (#EleNão) protesters - women-led demonstrators who gathered to reject Jair Bolsonaro, the then far-right misogynist, racist and homophobic Presidential candidate. Even though Bolsonaro won the election, the #NotHim movement was, along with #MeToo, a sign that we can no longer ignore women's voices in the public sphere. That may not be enough to completely shift the naturalization of sexual violence or gender-based violence in politics, but it is definitely part of a cultural change in that regard.

Social media is an instrument for sociability, for people to get together, share information, ideas and messages, build projects, convene protests. That power can be used for both progressive and regressive purposes. Therefore, yes, social media and internet-based movements can help bring about social transformation, and we have seen that even with the #MeToo and #NotHim movements. However, social media alone is not enough, of course.

You recently left Brazil after receiving threats of violence, but you remain active on public forums and in these discussions. How do you reconcile the need to speak out on gender rights with the need to protect yourself?

I have been dealing with threats for a long time now - I was first targeted in the early 2000s when my work on sexual and reproductive health and rights, especially abortion, gained visibility. The most recent wave, which began in May 2018, is one of online anonymous harassment. But the intent behind these threats is always the same: to silence me, to impose fear on other feminist human rights activists. That has not happened and never will. I had to leave Brazil because the threats were not targeting just me but my family, the University of Brasília and other groups I was a part of. But I've never been more vocal. I joined Twitter last August and already have over 35,000 followers. I write weekly for the Marie Claire magazine and twice a month for the El País newspaper, both in Portuguese and in Spanish. As usual, I have new books, documentary films, and research papers coming out every year. I will not be silenced, and I am not alone in this.

You argue that making abortion illegal has significant negative impacts on women's health and perpetuates social inequality. Recently, you argued before the Brazilian Supreme Court in favor of decriminalizing abortion within the first twelve weeks of pregnancy. Why address the Judiciary instead of the National Congress?

Because the criminalization of abortion raises a constitutional question in Brazil regarding women's fundamental rights to life, health and equality among others, and the Brazilian Supreme Court has a duty to review it. To insist that only the National Congress should have a say in this it is to deny the Brazilian constitutional design for discriminatory purposes.

What is your assessment of the way Brazilian society currently discusses abortion? Do you see progress on this issue and other gender issues anytime soon? If not, what can be done to facilitate discussions between groups with conflicting viewpoints?

The abortion debate in Brazil has changed a lot over the last twenty years. The 2010 and 2016 National Abortion Surveys have both shown that, by the age of forty, one in five Brazilian women has had an abortion. All scientific evidence points to abortion being a public health issue in Brazil. Criminalization doesn't stop women from having abortions; it merely exposes the most vulnerable ones - younger, poorer, Black and Indigenous women - to unsafe procedures and criminal prosecution. The mainstream media discourse has also been more open to women's lived experience and narratives, like the ones I share on the Eu Vou Contar video series. The Brazilian society is learning to ask the right questions on abortion: it is not about being for or against it, it is about whether women who cannot go ahead with pregnancy should get sick, die or go to jail for a healthcare need.

Our project InoVozes aims to explain the emerging movements and leaders in Brazil that are pushing reform through innovative policy solutions, not only to the Brazilian public but also to our U.S. followers. One of the recurring questions we receive is how people who live outside of Brazil can help or support these changes from abroad?

There are many ways to support from abroad: by engaging in public debates about the situation in Brazil, raising awareness and building communities of solidarity; by translating social justice struggles in Brazil to different international audiences; by donating to Brazilian progressive NGOs.