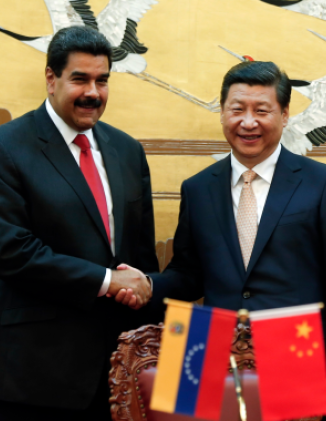 Kissinger Institute on China and the United States
By Stephen B. Kaplan & Michael A. Penfold
Economics and GlobalizationDemocracyChina MainlandLatin America

China is Venezuela’s largest bilateral lender as well as a source of diplomatic support. Yet for half a decade Beijing has been steadily unwinding its financial ties with the struggling South American nation.

In a new, deeply-researched report, Stephen Kaplan and Michael Penfold demonstrate how China has been ensnarled in a creditor trap in Venezuela. For years, China lent to Venezuela with few policy conditions, securing their lending with loan-for-oil deals and wagering that Venezuela’s oil production capacity was a sufficient guarantee for debt repayment. However, under the shaky leadership of Nicolás Maduro, Venezuela’s economic and political dysfunction has grown at the same time that Chinese confidence in the Bolivarian nation appears to have plummeted.

China’s recent lending has been defensive, providing some temporary debt relief to Venezuela to protect Beijing’s considerable financial commitments in the country. At the same time, the Asian giant has signaled its willingness to work with opposition leaders. What does the future hold for China-Venezuela relations, in both economic and political terms?