Skip to main content
Support
Explore More
Close
Publication
Economics and Globalization
Reaching Across the Pacific: Latin America and Asia in the New Century (No. 33)
Share on FacebookShare on TwitterShare via Email
Share
Part of the China & U.S. in Latin America
Publication 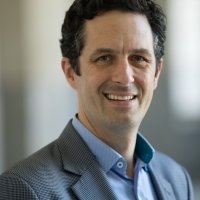 This week, business and political leaders of the Pacific Alliance held their annual Summit in Puerto Vallarta, Mexico. The Alliance—composed of Chile, Colombia, Mexico, and Peru—aims to foster economic integration among member countries and other regions, with a special emphasis on Asia.  The presidents and ministers of member countries attended the Summit in Puerto Vallarta; and, reflecting efforts at “convergence” between the Pacific Alliance and Mercosur, so did the presidents of Brazil and Uruguay.  Notably absent was Mexico’s President-elect Andrés Manuel López Obrador, who declined to attend until electoral results were ratified.

Despite the interest of Pacific Alliance countries in deeper integration with Asia, thus far China, the world’s second largest economy, has remained polite but largely aloof.  China expert Benjamin Creutzfeldt analyzes how China approaches its trade, investment, and lending decisions in Latin America and the degree to which the Alliance fits—or does not fit—in that larger strategy.