Skip to main content
Support
Explore More
Close
Event
U.S. Foreign Policy
The Future of U.S. Policy Toward Asia: Implications of the 2016 Elections for Economic and Security Issues
On Friday, September 23, 2016 at 9:00 – 3:00 ET
Share on FacebookShare on TwitterShare via Email
Share
Part of the Asia Program Publications
Publication

Committed: U.S. Foreign Policy in Asia and Completing the Rebalance 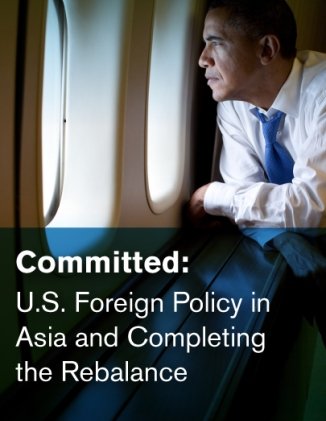 The United States is a Pacific power. It may be so reluctantly, but its continued military, political, and economic engagement has been key to Asia’s stability and prosperity. Ensuring that the Asia-Pacific remains robust politically and economically will be in the United States’ own interest, and will be a key foreign policy challenge for any administration.

The realities on the ground in Asia, though, are rapidly changing. The region has become increasingly divided, and rivalries are manifesting themselves in territorial disputes, competition for resources, as well as a growing arms race. Having overtaken Japan as the world’s second-largest economy, China has sought to become as much a political and military power as much as an economic one. Beijing’s vision for the region puts China at its center, which has led to rifts in relations among Asian nations, not to mention Sino-U.S. relations.

Continued stability in the region cannot be taken for granted. Washington must continue to be committed to Asia, not least amid growing concerns about North Korea’s nuclear aspirations, maritime disputes, and alternative visions for economic development.

This book is a collection of essays by researchers at the Wilson Center engaged in issues related to Asia. It is a collaborative effort between the Asia Program, the Kissinger Institute on China and the United States, the Hyundai Motor-Korea Foundation Center for Korean History and Public Policy, and International Security Studies to identify some of the challenges ahead for the United States to remain a Pacific power and what policies Washington might pursue to ensure regional stability.

Committed: U.S. Foreign Policy in Asia and Completing the Rebalance by The Wilson Center on Scribd